We know that for the last few months the COVID-19 pandemic has taken a toll on film-makers across the globe.  Something Wicked Film Festival (www.somethingwickedfilmfestival.com) has always been an event that showcased films from all over the world and we know that film-makers have, unfortunately, not been able to continue filming during this time (or complete films already in production).  This means that the number of submissions has dwindled based on previous years but that doesn’t mean that we are going to take this lying down!  We are seeing a new wave of indie film-making that is taking this time to improve screenplays, take extra time editing existing films (or tackling films that have been sitting on the shelf), and we’ve even heard stories about film-makers converting web series into feature length films just because they now have all this time.  We love to hear these stories as it means that even when the world looks bleak, film-makers are still going to thrive.  I am looking forward to viewing some of these completed projects and am looking forward to hearing about some amazing new films on the horizon as we enter into unchartered territory when it comes to the future on film-making and SWFF will be there to continue screening and supporting film-makers across the globe as we have always done and hope to continue doing!
Keep telling your stories any way you can no matter the obstacles put before you!

SWFF GOES TO DAYS OF THE DEAD!

Something Wicked Film Festival (www.somethingwickedfilmfestival.com) partnered with the She-RIFFS of “That’s What She RIFFED” for the 2020 Days of the Dead Atlanta, which is the amazing event celebrating everything horror fan culture.  The staff of SWFF and “TWSR” had a phenomenal time promoting both events and interacting with people.  We also gave out free tickets for both events as this marked a new phase for us as we strive to interact and approach audiences to show them just what SWFF and “TWSR” has to offer.  We can’t wait until next year’s event but until then enjoy these photos from the event! 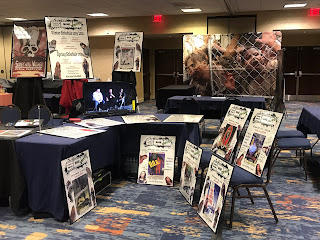 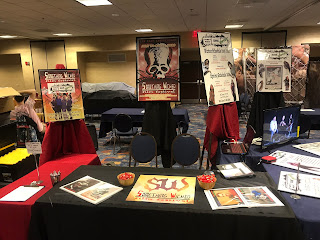 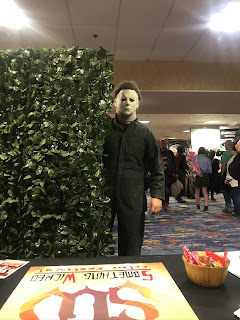 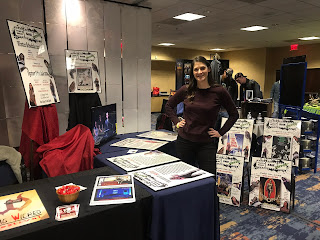 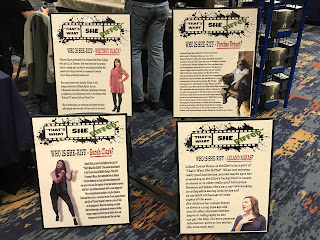