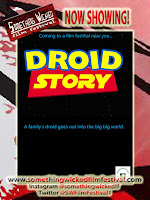 Some of my favorite stories from independent filmmakers have been from when someone has used pre-existing property and characters and crafted a story that the original filmmakers would/could never have attempted.  These “Fan Films” have been around since the earliest films ever made.  Someone could make the case that Nosferatu (1922) is the first Fan Film!  With this, I am a little ashamed that even though we have screened fan films at previous events, we have never had an actual category for this genre.  We have fixed that for this year as Fan Films are now one of our official genre selections and I am happy to announce some of this year’s selections!

But first, I’d like to take a few moments to acknowledge why we need Fan Films and why it is so important for filmmakers to continue making these films (or if you’ve never thought about doing one, you might think about it now).  The very first film I ever worked on with Southlan-Films (the owner of which is our 2020 Lifetime Achievement award recipient Ron McLellen) is “Night of the Hungry Dead”  which took the traditions of Romero’s Night of the Living Dead (1968) and flipped them on their head.  It is the story of a serial killer whose victims come back to life and surround him in his house with a group of people who burst in on him needing haven.  The plot pretty much follows that of the Romero film except with the added story elements of the serial killer.  I played three different zombies in the film!  It was such a fun and exhilarating film to make with a group of actors and crew familiar with the Romero film.   They got the comedy and the subtext of the film.  The film was successful on the festival circuit where McLellen even made a special 3-D version!

In addition to playing a lot of film festivals and being successful online the film started a lifelong friendship between many of the people involved where some of the cast & crew returned to work with McLellen on future Fan Films.  McLellen and co-writer Dave R. Watkins pretty much were fine tuning the script as we filmed but having the added bonus of having a plot ready made for them, the script went very easy (and there were many funny suggestions from the cast & crew).    The film has a built in audience (which is why so many people have seen it) and even though there are some shortcomings, it is still a highly entertaining film as we weren’t trying to make high art but a film that the fans would enjoy (faults and all!). 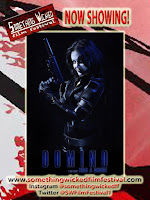 The success of the film eventually led to McLellen tackling Fan Films based on his most cherished characters and franchises such as Halloween (he made the Fan Films Return of the Sandman and Revenge of the Sandman, separate stories from each other), Texas Chainsaw Massacre (he made TCM: New Blood), and for Friday the 13th (he made The Man in the Lake, for which I have a “Story by” credit).  I worked on all these films and with the exception of McLellen playing Leatherface, we had actors clambering to be in these films especially those who wanted to play Michael Myers and Jason Voorhees.  We had some amazing makeup artists on board to help with the over the top gore and kill scenes and all the while the entire cast and crew had great fun making films that they could tell people they died in.  It is always cooler to say you died by the hands of Michael of Jason rather than by some unknown slasher or serial killer. 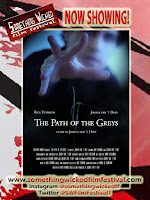 Fan Films can be pretty much made of anything.  Some of the most popular that I’ve seen have been from Star Wars and Star Trek (in which some filmmakers put some major money into) but there are tons of horror fan films based on not only the characters previously mentioned but the likes of Hellraiser, Child’s Play (my very first short film was inspired by this franchise), Hatchet, and many more.  A growing trend over the last decade have been superhero fan films, which we have a couple screening this year!  Also of note are those Fan Films based on literature such as Stephen King’s “Dollar Babies” (you’ll have to look this one up if you’ve never heard it) and I’ve even seen some Harry Potter ones as well!

As filmgoers we have all been disappointed by a sequel to one of our favorite films and Fan Films have given filmmakers a means to tell more stories about the characters they love and to share them with a bigger audience.  These films are put together not because of any monetary means (as you cannot sale or make any money off a Fan Film) but simply because of the love of it and the need to continue telling stories.  Actors are given the opportunity to play characters they would probably never get the chance to (I for one played a Security Guard who gets his head twisted backwards by Michael Myers in Return of the Sandman).  I mean, one of my favorite Fan Films is “Godzilla Vs Bambi” (a really short animation) and “Droids” (a Star Wars version of COPS). 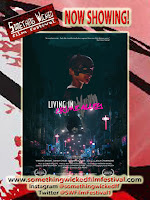 Getting into the Fan Films we are screening this year I will first mention our two Star Wars inspired films which is the Toy Story meets Star Wars film “Droid Story” from filmmaker Alexa Sheehan which shows the journey of one droid who ventures out into the real world for the first time.  It is a cute film that will appeal to a young audience.  If you want something more mature look no further than Joshua van ‘t Hoff’s “The Path of the Greys” which has some amazing visual effects and cinematography especially in terms of the fight at the end.  This is a film that will not disappoint Star Wars fans! 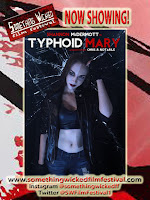 A huge number of this year’s submissions were from the superhero genre of which we are screening three.  We are screening Rob Ayling’s “Living in Crime Alley” which is a Batman Fan Film that is less about Batman and more about Crime Alley which has been a fixture in the comic books and films.  Batman does make an appearance but Ayling focuses more on character which elevates the film.  Next up are two films from director Chris R. Notarile with his shorts “Domino” and “Typhoid Mary” which feature characters from the Marvel comic universe.  Notarile may be one of the most prolific Fan Film filmmakers I have ever came across as he has made short films and trailers of virtually every possible franchise and these are just two of his filmography.  The great thing about his films is that he has crafted universes with his franchises in which he continues stories from one character to the next while also uses the same actors to create continuity! 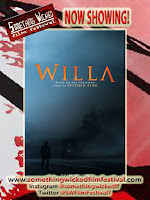 Our final selection in the Fan Film category is the Stephen King based film “Willa” from director Corey Mayne.  I will not give anything way with this film based on a short story by King.  For those that do not know, King himself has encouraged amateur and young filmmakers to craft short films based on his work through his “Dollar Babies” program (so please look this up if you haven’t already) and therefore its well known that there are tons of King Fan Films out there.

I am very happy with the selections we have this year and look forward to having even more for next year’s event!  I want to encourage filmmakers and storytellers to continue making Fan Films and if you have never made one, to test it out.  As I end this article, I will say that it has been almost ten years since I last worked on a Fan Film and I hope to get mine finished this year for next year’s event!  I have got a Stephen King’s “It” trilogy of short films I am working on and I am looking forward to showing audiences my take on the iconic characters!