What ANIMATION FILMS are Screening This Year! 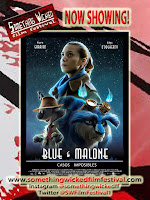 This year’s “Official selection” of animated and puppetry arts films hails from all over the world!  We love to see what filmmakers are producing in terms of animation from different countries in different styles and especially in terms of stories. 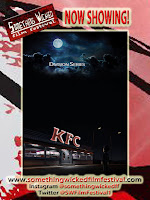 Unfortunately, there is only one puppetry arts film screening this year and its director Sean Price’s “Sam” [United States] but it tells a story with puppets in the same universe as live humans and is a very heartfelt tale.

In terms of animation styles each of the films being screened this year is unique and bold and none more so than director Farnoosh Abedi’s “Malakout” [Islamic Republic of Iran] which is a dark and gothic tale that borders on being a horror fable.  From Spain comes director Abraham Lopez with his “Blue & Malone: Impossible Cases” whose style is realistic and will have you thinking of something that Pixar or Disney had come up with.  Also from Spain is Jose Luis Quiros & Paco Saez with their “Madrid 2120” a film that belongs to the tradition of Heavy Metal magazine (or the films). 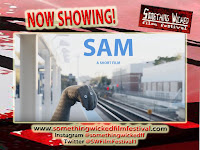 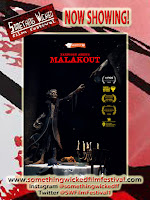 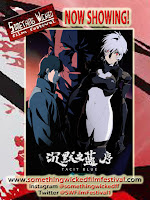 Wenkai Duan presents his “Tacit Blue” [China] which follows the explosive tradition of anime with its heavy use of science fiction and crime story that is sure to entertain.  Ho Kwon Kim’s film “Division Series” [Republic of Korea] is a political allegory that will keep you laughing while also having you questions the leaders of the free world and how delicate relationships between them truly are.

The final animated film that we are screening is the Monty Python-ish “The Legend of ChickFish” [Canada] from director Giles Sander which will leave you on the floor laughing in its complete absurdity.

We hope that this selection of animated and puppetry arts films will entertain and engage audiences and that audiences get a larger understanding of the types of films being produced by filmmakers all over the world. 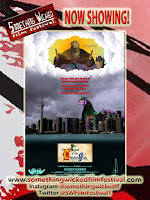 For more info about Something Wicked Film Festival and this year’s Online Festival Event visit our website at www.somethingwickedfilmfestival.com and tickets can be purchased through Film Freeway (https://filmfreeway.com/somethingwickedfilmfestival/tickets) and Ticket Leap (https://something-wicked-film-festival.ticketleap.com/something-wicked-film-festival/).